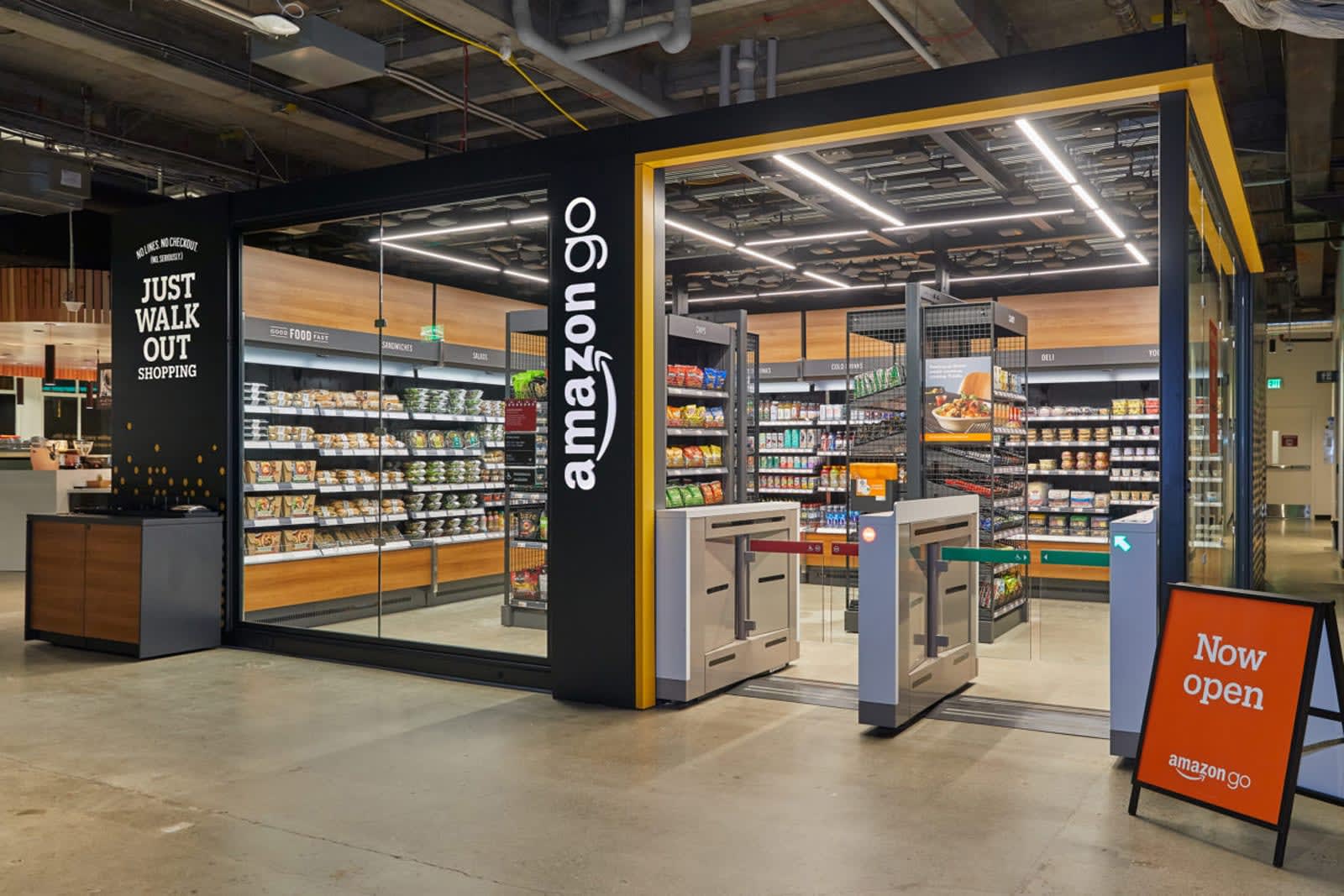 The current nature of Amazon’s no-checkout Go stores seems tailor-made for grabbing a quick bite to eat during a break from work, and the company is determined to seize on that opportunity. It just opened a tiny (450 square feet) Go store inside one of its Seattle offices to promote a version of its retail tech for building lobbies, hospitals and other places where you might want to rush in for a salad or sandwich. It’s not only more economically viable for these spaces, it’s easy to set up — you can cart in pieces and “assemble it on site,” Amazon’s Gianna Puerini told Reuters.

There’s no indication of when Amazon might open further compact stores.

Amazon only has a handful of Go locations right now, but there’s little doubt that it’s hoping for a significant expansion. In addition to the small format, it has been exploring Go stores for airports and is reportedly experimenting with larger outlets. Although there’s no guarantee Amazon’s computer vision-guided shops will become ubiquitous, it clearly wants to place them wherever they might make sense, whether it’s a little island in your office complex or a big-box grocery chain.