The new Pictionary has you drawing in thin air 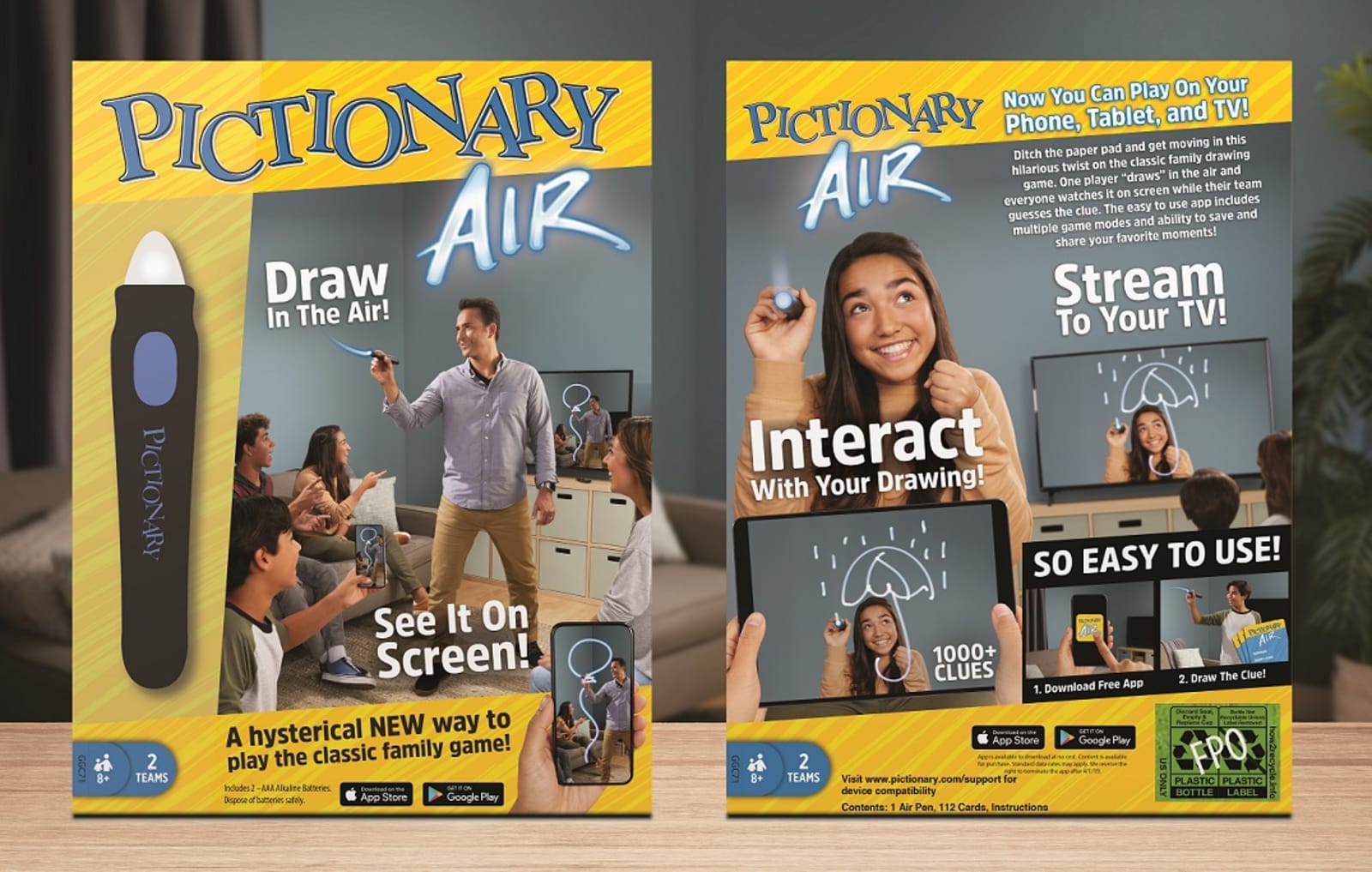 It’s not easy being a traditional board game manufacturer in these digital days, although some companies have taken pretty bold steps to bridge the gap between table-top and pixel-based play. Now Pictionary is doing the same with Pictionary Air, which takes your competitive sketching off the paper and puts it onto your phone, tablet or TV screen instead.

Instead of a regular pen or pencil, players use a jumbo-sized light up pen to doodle their word in thin air, and their drawing is simultaneously cast to a mobile or TV screen using Chromecast or AirPlay — it doesn’t require any data use once downloaded, either. All the other components of the game remain the same, although you can video the artist in action and share drawings with friends on social, too, making it a cool spin on a classic game that’ll keep it appealing for a long while yet. It’ll be on the shelves in Target from June 1st and other retailers globally by July 1st, on sale for $20/£15.