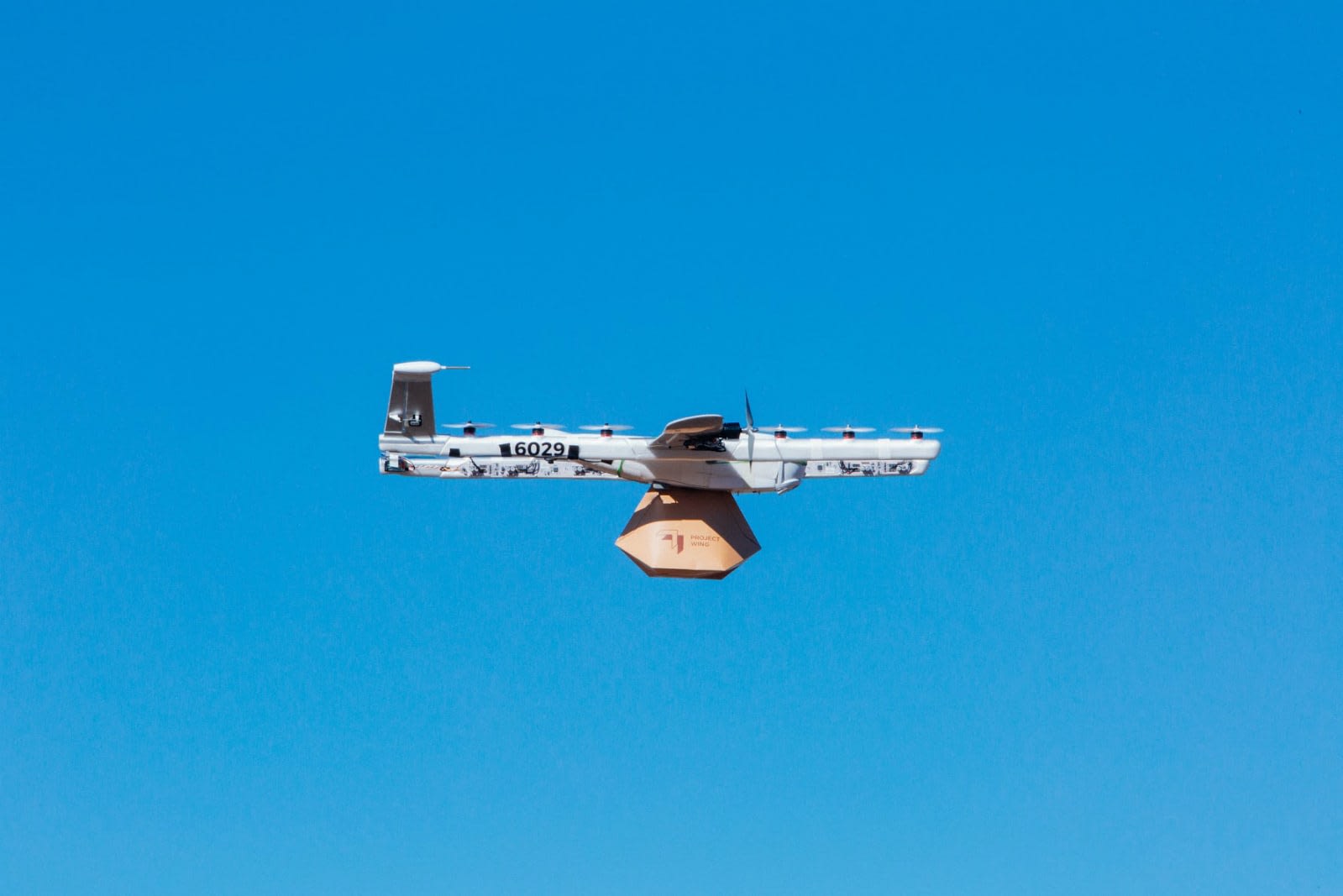 Today, Alphabet’s Wing division became the first drone delivery company to receive its Air Carrier Certification from the US Federal Aviation Administration (FAA). The certification means Wing can begin a commercial drone delivery service, and the company hopes to launch its first delivery trial later this year. Over the next several months, Wing will work with the FAA’s Unmanned Aircraft System Integration Pilot Program (UAS IPP) in Southwest Virginia. It will soon begin reaching out to residents and businesses in the Blacksburg and Christiansburg, Virginia, areas to demonstrate its technology and to gather feedback.

This has been years in the making. Alphabet debuted Wing in 2014, and the FAA first granted Wing permission to test its drones in 2016. In Australia, the company has flown over 70,000 test flights and made more than 3,000 deliveries. Wing is also scheduled to begin trials in Finland this spring.

Drones have the potential to transport goods and supplies, like medicine and food, and the company seems to have a special interest in the latter. In its blog post, it shared photos of a Viriginia family receiving breakfast via air delivery as part of its validation testing with the FAA. In previous tests, it brought airborne burritos to a Virginia Tech campus in Blacksburg. And it toyed with, but ultimately canceled, plans to airdrop Starbucks. Regardless of what Wing delivers, earning the FAA’s first Air Carrier Certification is a crucial step in the race to bring drone deliveries to the US.