For Andy Kerr, product communication director at Bowers & Wilkins, Formation has been a long time coming. “We’re following a path that we’ve wanted to be on for…probably since the start. Since the inception of the company.”

Formation is a family of wireless products that can be used separately or together as a modern, multi-room listening experience. At launch, you can get a sleek soundbar, barrel-shaped subwoofer, bookshelf-style speakers, an eye-catching ‘Wedge’ speaker, and a tapered box that brings older hardware into the new streaming age. It’s like Sonos, but with an even steeper price-tag and, in theory, better audio quality.

Bowers & Wilkins has dabbled with wireless gear before. The company already sells a couple of speakers, such as the bombastic Zeppelin, and wireless headphones, like the much-loved PX cans, that can be triggered and controlled wire-free. The heritage brand is best known for its wired speakers, however, that include the decadent Nautilus and 800 Series Diamond line.

The team, which is based primarily in the south of England, has been dreaming about Formation for years. “I’ve gotta be honest with you,” Kerr said, “I wrote down the original brief for these products a long time ago.”

Nothing materialized, though, because the company wasn’t happy with the standards and wireless streaming technologies that were available. “We’ve had wireless products, but we’ve never attempted to use those technologies to deliver a premium performance loudspeaker in stereo space,” Kerr said. “Because they’re not appropriate, they’re not commensurate with what we want to achieve. So we’re definitely about doing it right and not necessarily doing it first. It’s much more important from our perspective to be best in market when we do actually arrive.”

Everything changed when the executive team met EVA Automation, a little-known company founded by Gideon Yu, a former Facebook CFO and, currently, co-owner of the San Francisco 49ers football team. By happenstance, the Silicon Valley startup was working on a wireless platform that, according to its mission statement, could “change how people interact and think about the home.” Bowers & Wilkins was naturally intrigued. “We kind of went ‘well actually that seems extraordinarily in line with our own thought processes and what we wanna do,'” Kerr recalled.

“We’re definitely about doing it right and not necessarily doing it first.”

Few will dispute Bowers & Wilkins’ history, and experience, in building high-end speakers. The company still has a factory in Worthing, a quiet town on the south coast of England, where it slowly assembles the Nautilus and 800 series speakers. Everything else, including the bulk of the Formation line, is built in China.

The company still has a loyal fanbase who appreciate its design prowess and relentless pursuit of audio quality. Formation is recognition, though, of where the industry is undoubtedly headed: convenient wireless streaming. “We want to continue to grow,” Kerr said. “We want to continue and be here in 10, 15, 20, 30 years’ time. If we want to do that, we have to adapt and move with the times and reflect what modern consumers want.”

If you’re a serious audiophile, Formation sounds impressive on paper. The new wireless platform supports up to 24-bit audio and 96kHz sample-rate streaming, which is higher than Sonos and many other rivals. Audio synchronization is capped at one microsecond, ensuring multiple speakers — especially the bookshelf-style Duo — maintain a perfect soundstage. Bowers & Wilkins says its patented mesh network will also cover every room “without impacting your home network quality.” In short, EVA Automation has upheld its side of the bargain, or acquisition, from 2016.

“I don’t think there’s a company that can do it better than we can. “

Last November, Bowers & Wilkins hired Gregory Lee, a former president and CEO of Samsung Electronics North America, as its chief executive. Yu remained as co-executive of the company’s board of directors. At a launch event last week, Lee called Formation the first “phase” of a brand new company that combines Silicon Valley software and British performance. “I don’t think there’s any company that does that really well,” Yu said. “That brings the modern technology convenience, and this great audio, together. I don’t think there’s a company that can do it better than we can. Potentially. And we’re going to start showing you what we can do. That’s the idea of the new company.”

For Bowers & Wilkins, it’s a chance to break through into a slightly broader and more mainstream market. The Formation line is still expensive — the five-piece collection will set you back $7,795 — but the focus on streaming and multi-room audio should appeal to a younger, internet-savvy generation. The company will be competing with brands like Sonos, though, that have spent years developing attractive and hard-to-leave ecosystems. At launch, none of the Formation products support a smart voice assistant like Alexa, either. If you love or depend on the Google Assistant, that could make it harder to ditch a pair of Google Home Max speakers, or any third-party alternative that offers the same service. 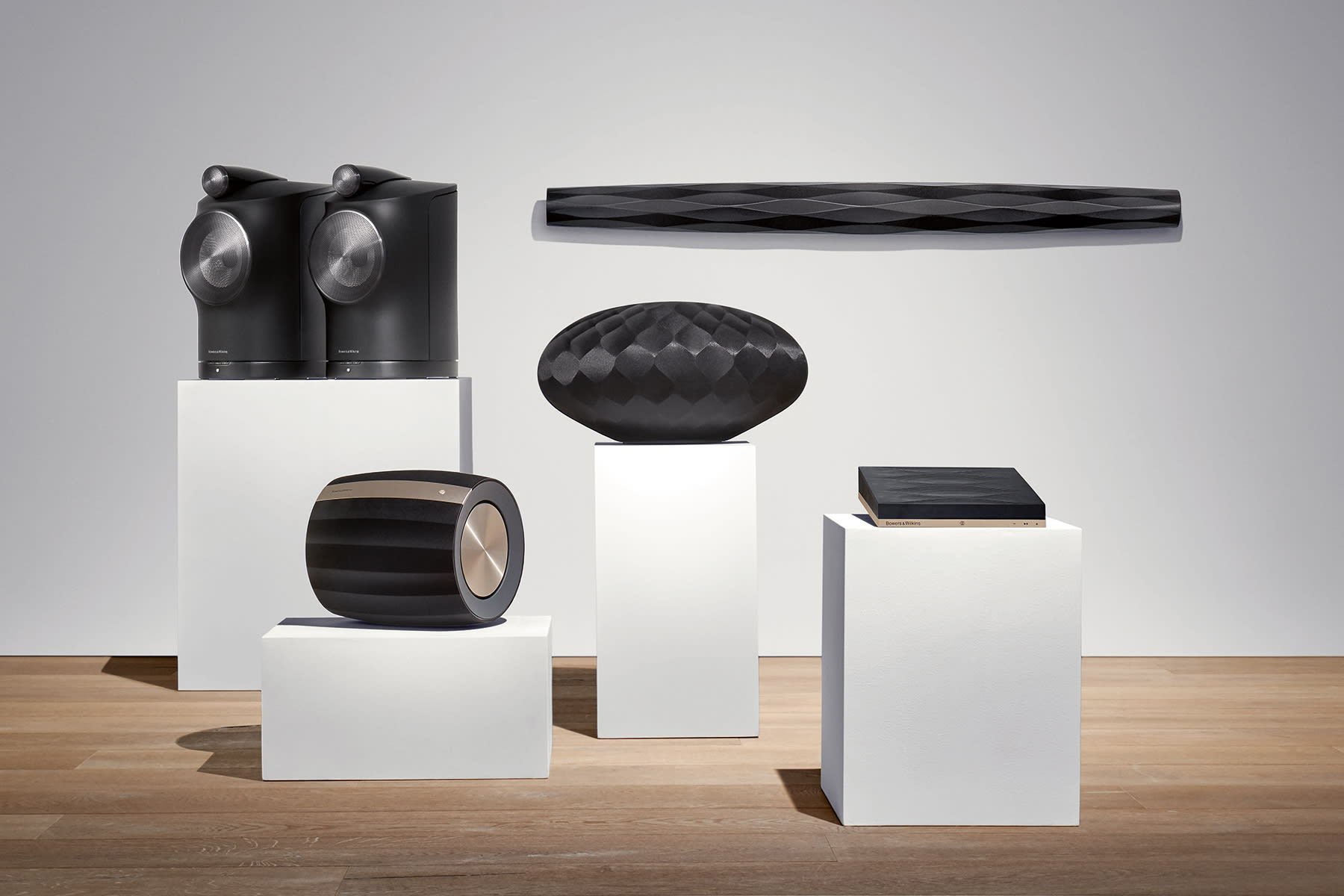 “I don’t think we can suddenly take every single consumer in the world who owns an existing wireless audio system and turn them into a Bowers & Wilkins convert,” Kerr admitted, “but I do think it’s easy enough for us to be able to convert some of them just by convincing them of the acoustic performance and the technical advantages that we have.” Bowers & Wilkins also believes there’s a large group of people who might own a Bluetooth speaker but have never invested in a premium suite of wireless audio gear. “Our strategy first and foremost is about acquiring new consumers,” Kerr said. “We don’t necessarily need to go to war with anybody else to grow our business. There are enough people in the world.”

Regardless, Bowers & Wilkins has an uphill battle ahead. It needs to persuade customers across a range of demographics that Formation is attainable and, more importantly, worth spending serious cash on. Kerr, unsurprisingly, is confident that the platform can hold its own and, over time, flourish with hardware additions and fresh software features.