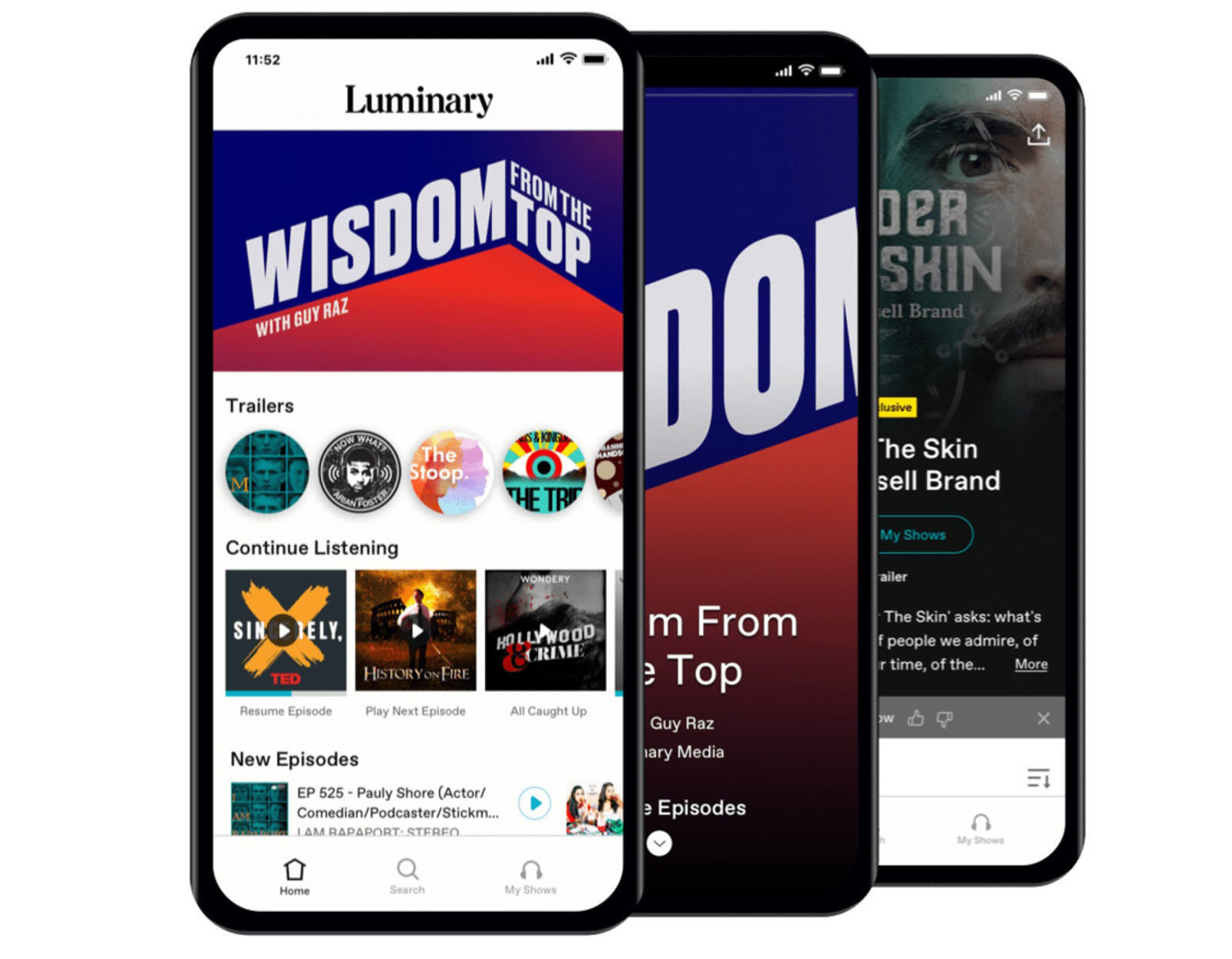 PodcastOne, The Joe Rogan Experience, Barstool Sports and other major podcasters have pulled their shows from Luminary, the startup network that launched with fanfare and $100 million in funding. The main problem seems to be that the network used a proxy for the podcast streams rather than serving up the originals, depriving the creators of valuable listener statistics. “If I go in and click play on a show on Luminary, we as a platform do not get real data back,” Simplecast CEO Brad Smith told The Verge.

Luminary was launched with the idea of offering high-quality, curated podcasts in an $8 per month subscription. At the same time, it also has a free tier with podcasts that are available around the web, exactly like Overcast, Apple Podcasts and other podcast apps. The company has previously stated that it wants to eschew advertising and become “the Netflix of podcasts.”

However, the free tier seems to have alienated podcast creators, much as Spotify did with recording artists. PodcastOne, which has a 300 show portfolio, railed publicly against it. “Since Luminary’s focus has been promoted solely as a paid subscription model, we were surprised to see them also use the free model which they have spoken negatively about and compete against,” said executive chairman Norm Pattiz. “If they want to reach our audience to promote their site, then they should do the ‘unthinkable’ and advertise in our podcasts as hundreds of other advertisers do.”

Luminary has said that it used a “pass-through” proxy approach to feeds in order to speed up streaming, not deprive creators of audience data. It has since made adjustments to how it processes the audio in an effort to address creators’ complaints. It gave the following statement to The Verge:

Luminary appreciates the feedback we’ve received today about how our technology works. We’ve heard you and want to explain what we have done in response. To be absolutely clear: Luminary has never hosted or cached audio content for any open RSS feed podcast. We used a pass-through approach purely because we believed it would improve performance and speed for our users when listening to public feed audio files, particularly from smaller hosts.

We now see that this approach caused some confusion. We have spoken with multiple hosting providers who suggested changes we could make to clarify that public feed audio is not being hosted or cached by Luminary, and ensure that hosts receive the data to which they are accustomed. We have already implemented those changes for iOS and Android, and are working to retool web player settings.

That seemed to satisfy some creators, including Exponent creator Ben Thompson, who tweeted “I have no issue with Luminary’s business model. I simply want my content and feed respected, and it is now.” Other have said that the biggest issue was a lack of transparency on Luminary’s part. “[I] probably would have added our show to Luminary if they had just asked, but instead I’m here making a takedown request,” tweeted Charged Tech podcast creator Owen Williams.

The Morning After: Notch alternatives are getting interesting
[...]
10 Dec 2018
Starz apologizes for pushing Twitter to remove tweets on online piracy
[...]
15 Apr 2019

Thrilling ‘True Detective’ Season 3 trailer puts the detectives at the center of the mystery
Mashable [...]
02 Nov 2018