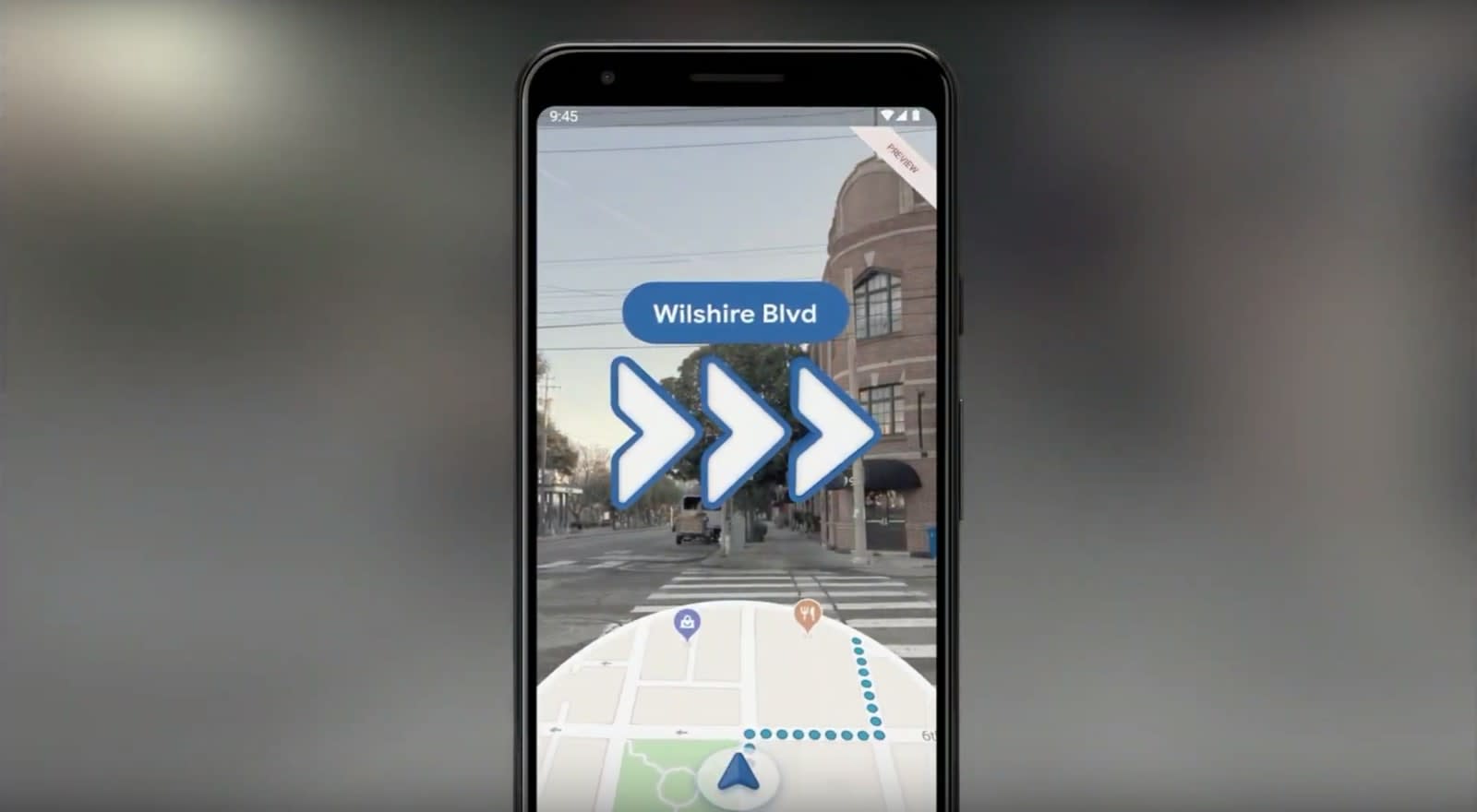 After first showing off augmented reality directions last year, Google is finally starting to roll out the feature for Google Maps. Starting today, Pixel device owners will be able to voice walking directions in AR, with arrows appearing in real world enivronments to show them which direction to go. The company called the feature an “early preview” at Google I/O and didn’t provide any details as to when it will arrive on other devices.

Catch up on all the latest news from Google IO 2019 here!