There’s table salt on one of Jupiter’s moons 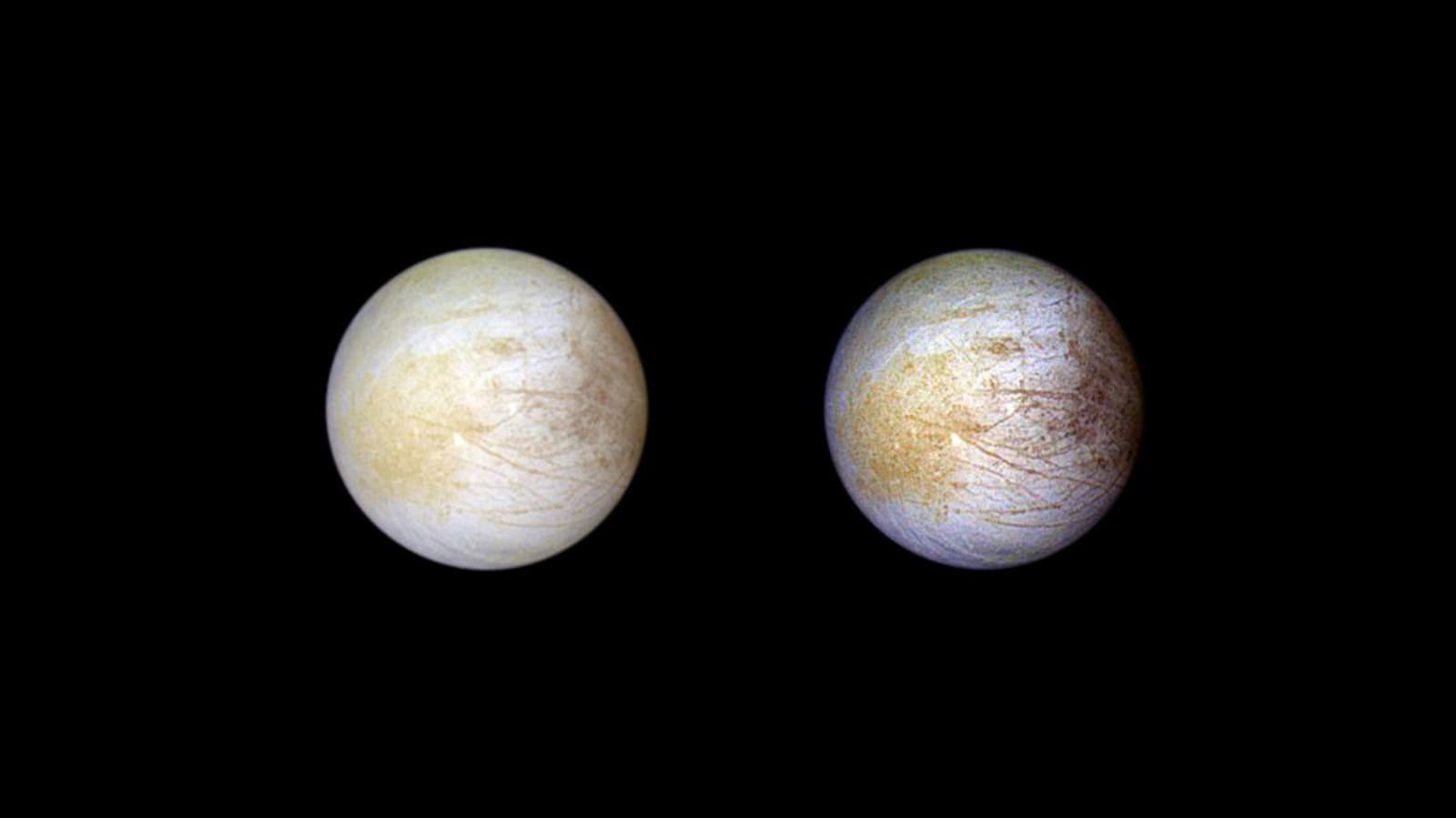 The ocean that scientists believe exists underneath Europa’s thick icy crust might be more like our own than previously thought. According to a new study published in Science Advances, a team of researchers used the Hubble Space Telescope Imaging Spectrograph (STIS) instrument to scan Jupiter’s moon in infrared light. The team found what’s called the “spectral signature” of irradiated sodium chloride, also known as table salt.

Let’s go back to an experiment conducted years ago to understand this one better. Back in 2015, JPL scientist Kevin Hand put ocean salt samples in a lab under Europa-like conditions and bombarded it with radiation. His sodium chloride sample changed color, turning a shade that looks like a yellowish area on the moon called Tara Regio. Since the STIS also spotted a spectral signature matching irradiated sodium chloride on Tara Regio’s scars, the new study’s results suggest that the area truly is abundant in sea salt.

Since Tara Regio or chaos terrain is younger than the rest of the moon’s surface, scientists believe the salt came from the surface’s interaction with the ocean underneath. It was previously believed that the moon’s oceans contained magnesium sulfate salts, not sodium chloride. As Discover Magazine notes, if Europa’s hidden ocean truly does contain table salt, then it’s also possible that it has hydrothermal vents similar to Earth’s, which supply the chloride needed to form the compound. Whether that means the Jovian moon is friendly to life remains to be seen — NASA is gearing up to launch the Europa Clipper to investigate its habitability.