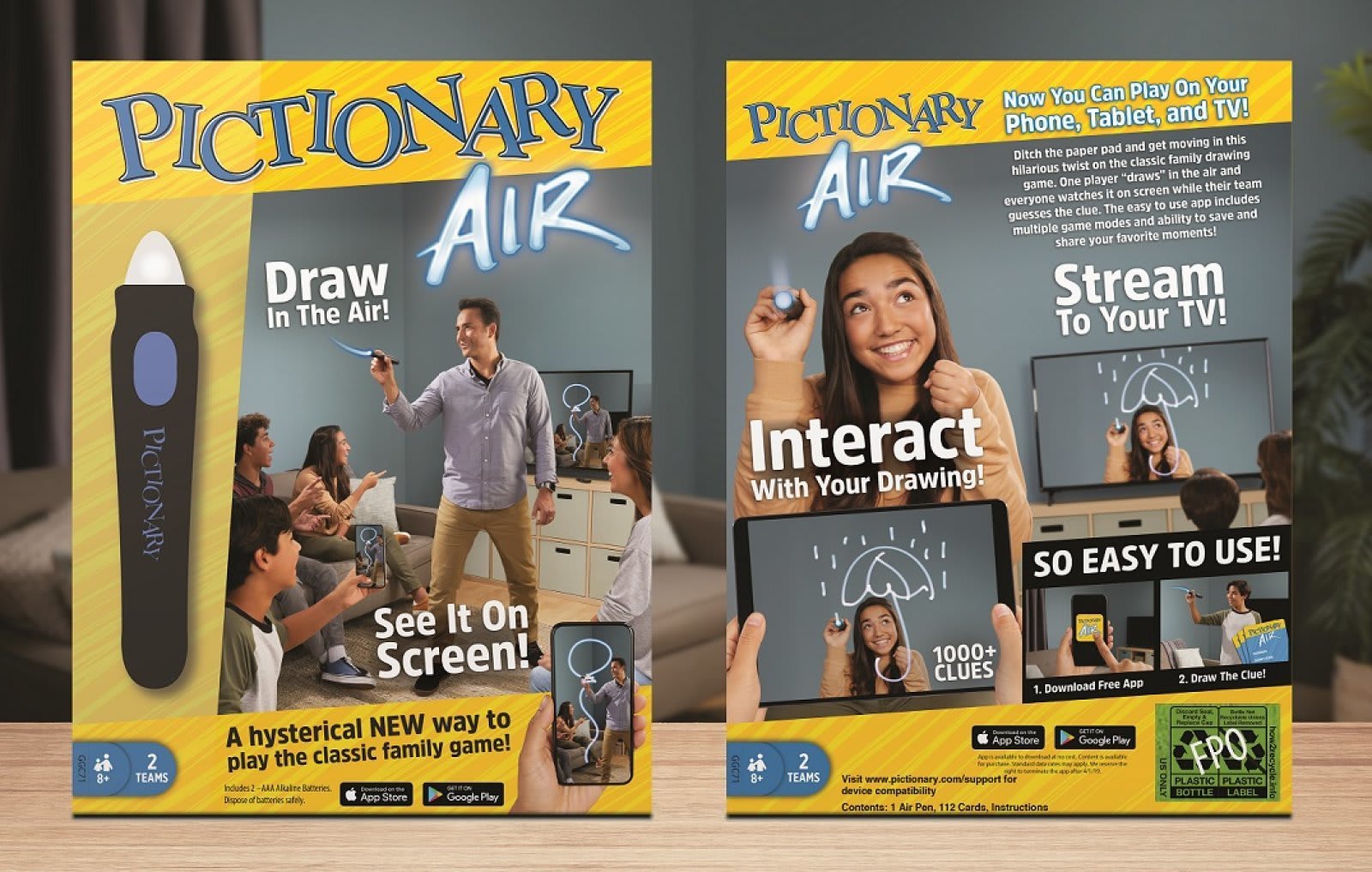 Starting this Sunday, you can pick up Pictionary Air at your local Target for $20. The new game puts a high-tech spin on the classic. You’ll still pull a card, choose from a list of items to draw and race against a timer, but you’ll use a large digital pen to sketch in the air. Thanks to the app, other players will see your doodle on their phones, tablets or TV screens, but you won’t see your creation until your time is up.

Mattel unveiled Pictionary Air at Toy Fair in February. As Engadget’s Kris Naudus found, the digital version is more challenging but still a lot of fun. It has enough of the original elements that anyone who played the pen and paper version will be able to pick it up pretty quickly. But it also lets you record each player’s turn and share the drawings on social media. The game was expected to hit Target shelves on June 1st. While it missed that deadline by a couple weeks, we can expect it to arrive at other retailers this summer.