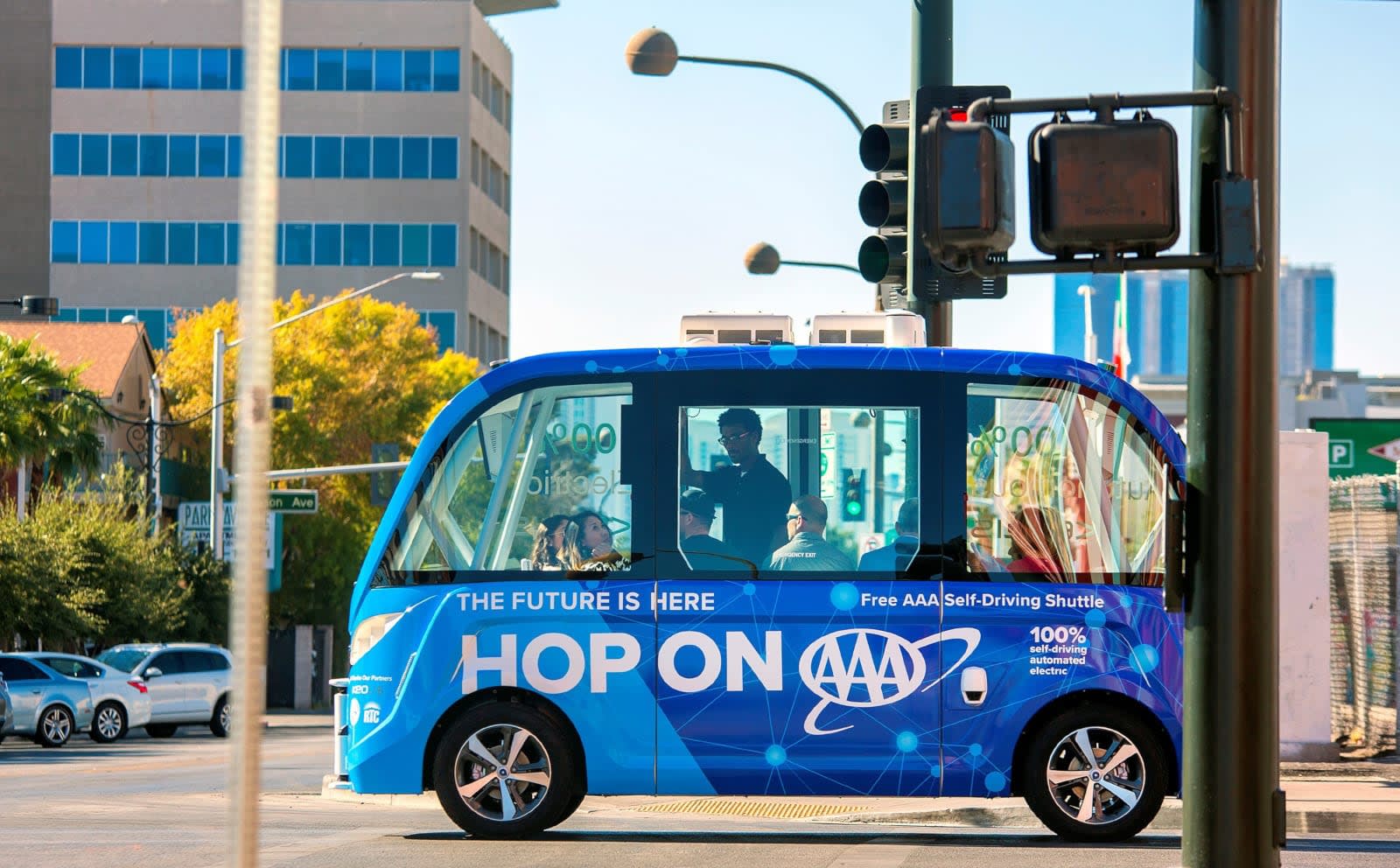 Back in 2017, Las Vegas’ self-driving shuttle service got into a minor collision after just an hour into its year-long trial. While it truly was a minor incident and nobody got hurt, the fact that an autonomous vehicle was involved prompted the National Transportation Safety Board to launch a probe. Now, the agency has wrapped up its investigation and has revealed two probable causes for the incident. First is that the truck that collided with the shuttle didn’t stop when it was supposed to, which is consistent with the local government’s claim after the accident. The other is that the autonomous vehicle attendant didn’t have easy access to the shuttle’s manual controller.

Apparently, the truck driver thought the shuttle would stop at a “reasonable” distance from the truck. Although the shuttle did start slowing down when it was 98.4 feet away, it’s not programmed to stop until it’s only 9.8 feet away from obstacles. The attendant hit the emergency stop button when the vehicle was 10.2 feet away from the truck, but it clearly wasn’t enough to prevent the incident.

In an interview with the investigators, the attendant said they considered switching to manual mode to move the shuttle out of the way, but they didn’t have easy access to its handheld controller. See, Las Vegas’ autonomous shuttles operate on a predetermined route, but attendants could use a controller to activate the horn and switch to manual operation. When the accident happened, the controller was stored in an enclosed space at one end of the passenger compartment. After the incident, the operator started requiring attendants to take the controller out of the storage space at the start of the trip and to keep it accessible at all times.

The NTSB clarified that it doesn’t normally investigate minor collisions, but the involvement of an automated vehicle warranted a closer look. From the sound of things, the agency will continue keeping a close eye on automated vehicle testing, as well. It wrote in the incident report:

“Pilot testing of highly automated vehicles on public roads is under way at various locations in the United States. The NTSB will monitor the development of those vehicles to better understand their potential safety impacts and any unintended consequences.”