This rechargeable lunchbox uses steam to reheat your food

Tired of cold lunches, or queueing for the one microwave in your office kitchen? It might be time for a self-heating lunchbox. Many companies have tried to deliver this Tupperware holy grail, including Faitron, LunchEAZE and Hibachi. The vast majority are poorly designed and strip your food of much-needed moisture, however. The Heatbox, meanwhile, uses steam to warm everything up and maintain important nutrients.

The Dutch startup behind the Heatbox showed me a near-final prototype at CES 2020. It’s a chunky container — larger than I would typically pack for work — but small enough to fit inside most backpacks and duffel bags. You’ll need to add a smidge of water before you leave the house in the morning, and recharge its 18000 mAh internal battery after three operations. It’s activated by a button on the front or through a companion app, which can also be used to adjust the default 8-minute heat time. 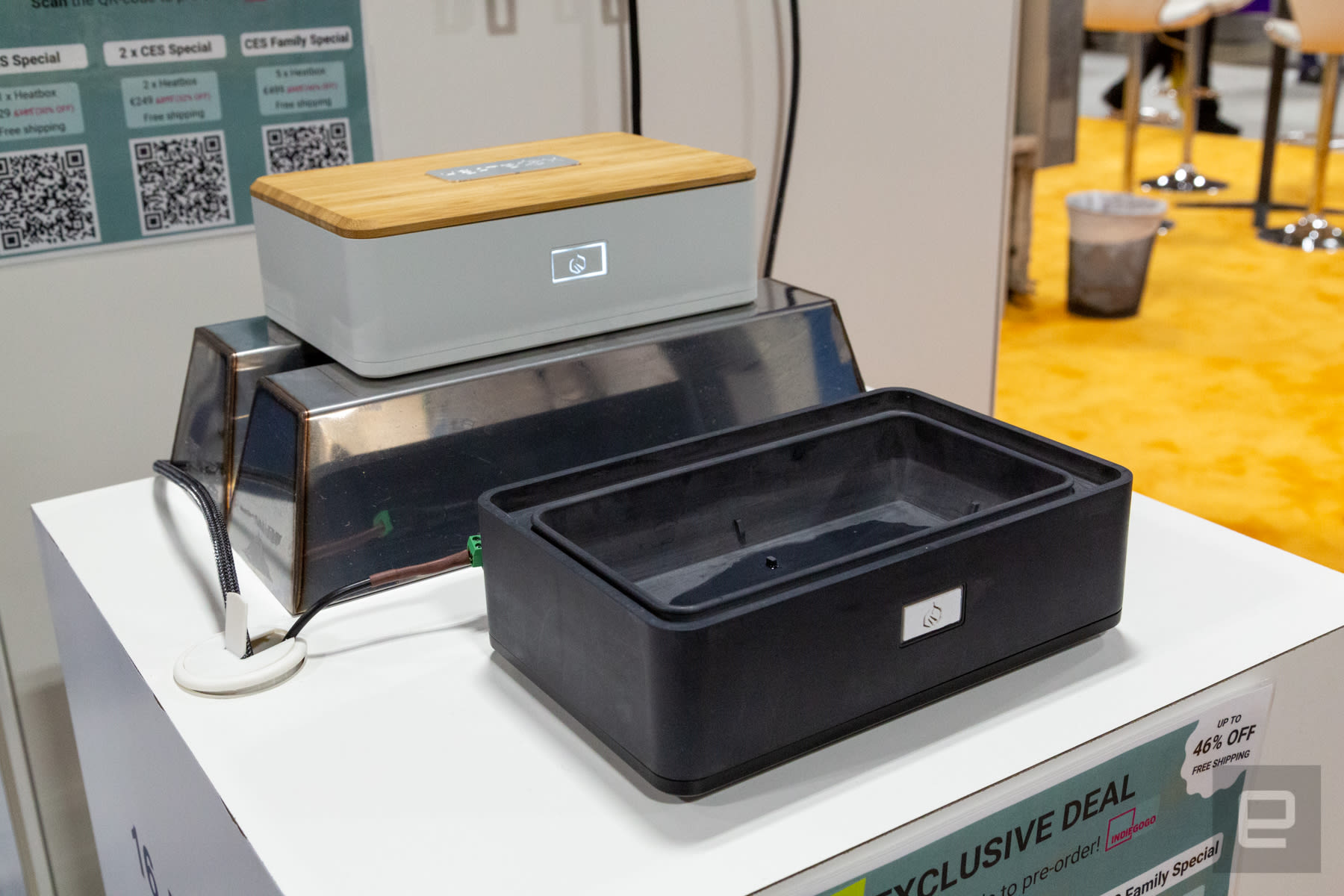 I activated the Heatbox and saw some steam slowly rise into the air. The lunchbox was plugged in, though (round-the-clock demos would have been a charging nightmare for the company, otherwise) and I couldn’t try any actual food (CES doesn’t allow this unless you’re an approved caterer, I believe). Still, I could clearly see and feel the heat from the container.

The team raised $90,965 from 581 backers on Kickstarter last November. If you’re interested, it’s still possible to pre-order one for $144 (it’ll normally cost $207) on Indiegogo. As with all crowdfunded projects, there’s no guarantee the Heatbox will ever reach your doorstep. I’m hopeful, though, after seeing the company’s almost-complete prototype in Las Vegas.

Source:
Heatbox
In this article:

ces2020, food and drink, food-and-drink, foodanddrink, gear, heatbox, lunchbox
All products recommended by Engadget are selected by our editorial team, independent of our parent company. Some of our stories include affiliate links. If you buy something through one of these links, we may earn an affiliate commission.