Welcome to the Climate Fwd: newsletter. The New York Times climate team emails readers once a week with stories and insights about climate change. Sign up here to get it in your inbox. 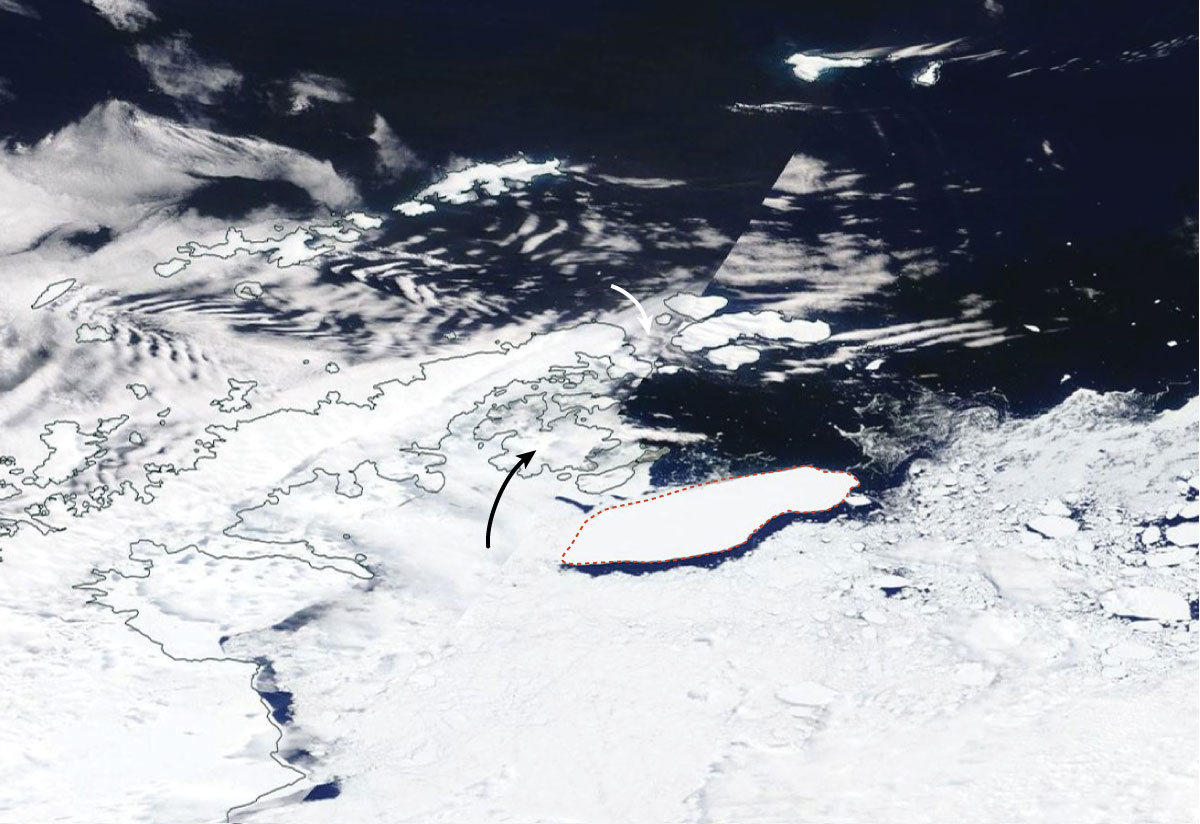 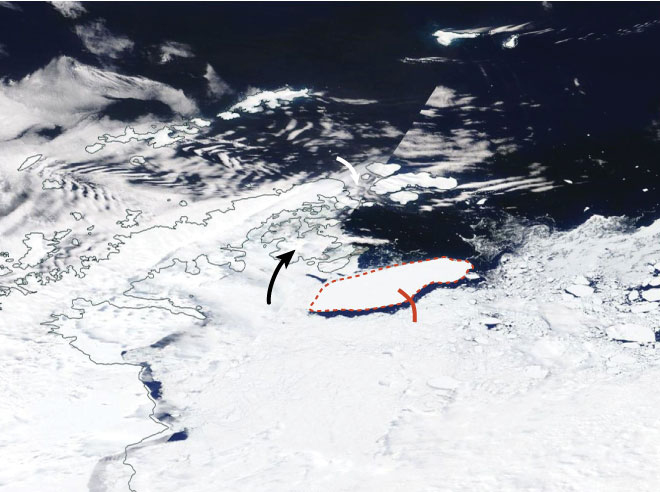 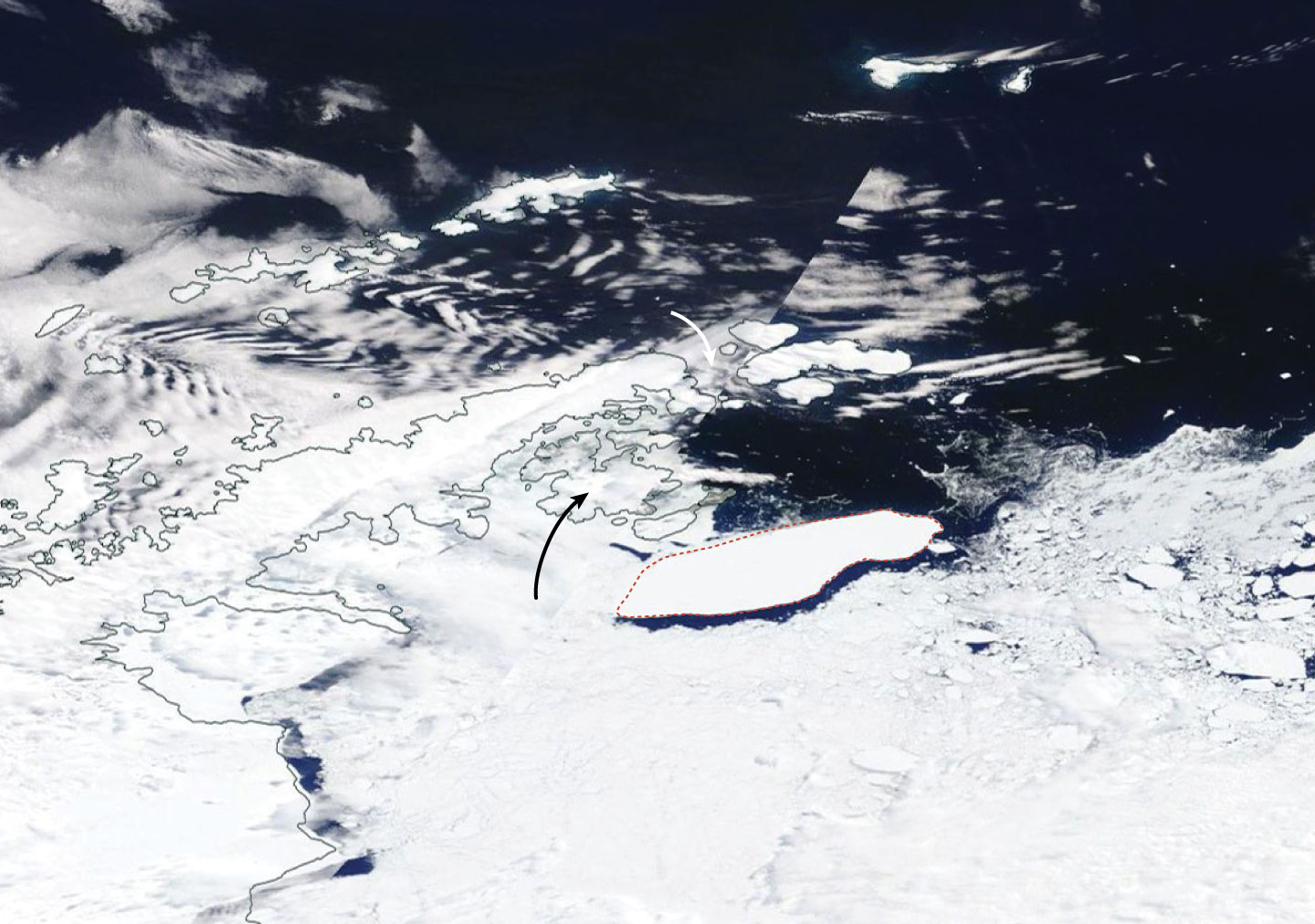 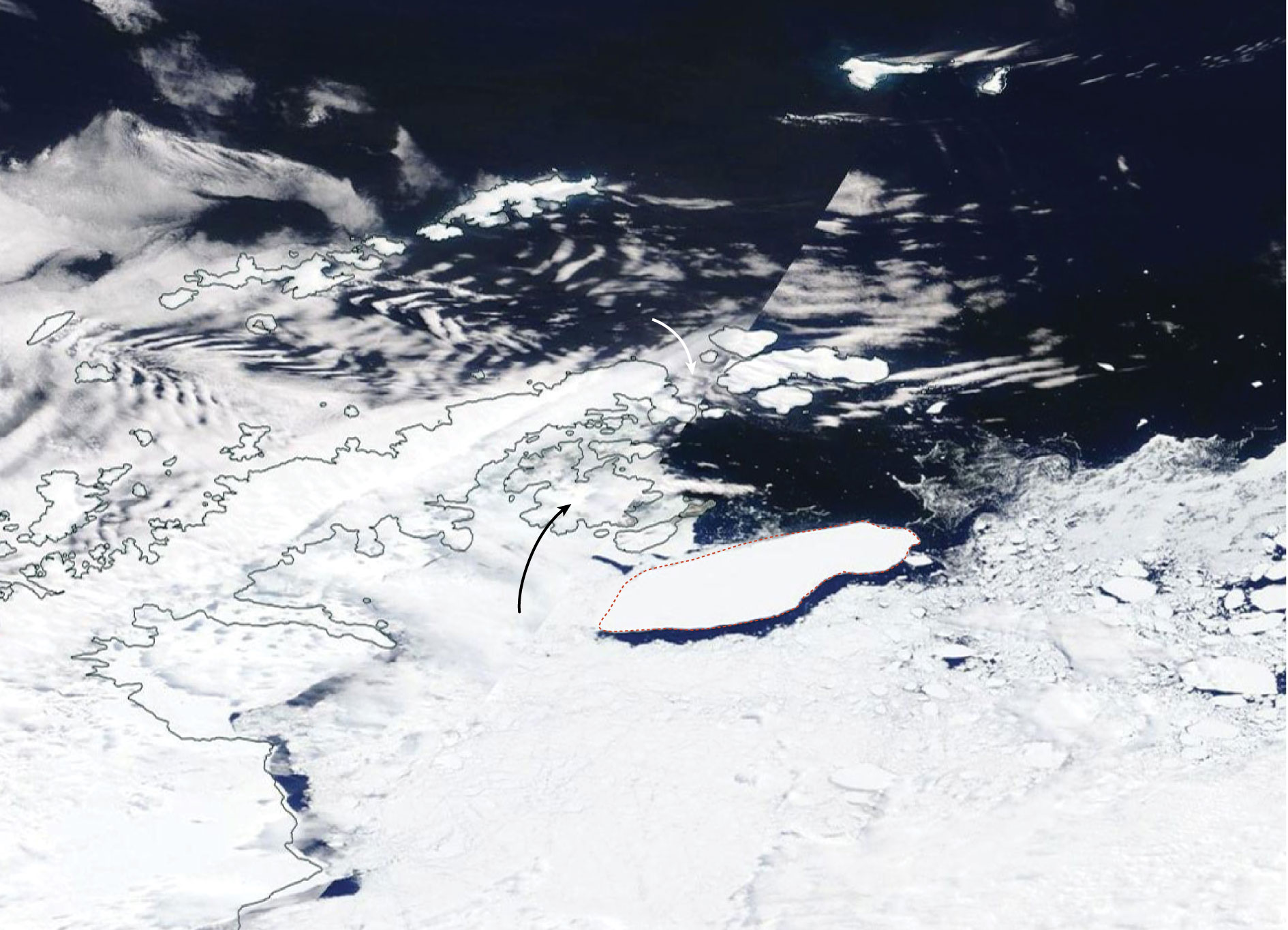 Remember that huge iceberg that broke off an ice shelf on the Antarctic Peninsula in 2017? It made headlines at the time because of its Delaware-ish size and trillion-ish ton weight.

Since then the iceberg, now known as A68a following a naming convention established by the National Ice Center, has been drifting slowly northward in the Weddell Sea, along the eastern side of the peninsula.

In two and a half years, A68a hasn’t been up to much. But recently it appears to have made some Antarctic tourists, including me, very happy.

I was giving lectures aboard a cruise ship in mid-December that sailed from Ushuaia in southern Argentina to the peninsula. After stopping to see some chinstrap penguins in the South Shetland Islands near the peninsula’s northern tip, we sailed east through the Antarctic Sound into the Weddell Sea.

Normally at that time of year the area is chockablock with sea ice, the result of a rotating current, or gyre, in the Weddell that keeps much of the ice contained within the sea. It can be a dangerous place: Sir Ernest Shackleton’s ship Endurance was crushed by ice in the Weddell in 1915, leading to one of the greatest survival stories in the history of exploration.

But in mid-December our ship, L’Austral, encountered relatively little ice as we sailed into the sea and southward, toward James Ross Island, visiting an Adélie penguin colony at Devil Island along the way. The only chunks there were small and easy to navigate through.

The captain and expedition crew were surprised at the conditions, and overjoyed at the opportunity to sail into the Weddell. The captain had only been in the sea once before and had not made it that far south.

At the time, A68a, which is roughly 100 miles long by 30 miles wide, was centered about 50 miles southeast of the area we were sailing in, according to data from the National Ice Center. Could it have been blocking ice from the area?

According to Jonathan R. Green, an adventure tour expedition leader, that’s precisely what A68a was doing. “We certainly saw it was having a damming effect,” said Mr. Green, who was aboard a ship, the G Expedition, that was in the same area a few days before ours.

He and the ship’s captain had been studying satellite images and saw that there was an opportunity to get into the Weddell — and in his ship’s case, actually sail to the iceberg.

“There was a two- or three-week window with little ice,” he said.

Mr. Green said he believed the G Expedition was the first ship ever to see the iceberg. “It was indescribable,” he said. “From horizon to horizon all you could see was the line of this iceberg disappearing in both directions,” he said. The ship put out an inflatable boat and Mr. Green and others got within 100 yards of A68a, which, while 100 miles long, is only a few hundred yards thick.

The low-ice conditions ended later in December, when, according to Mr. Green, high winds drove A68a farther north, freeing up the ice jam. A passenger on a cruise ship that tried to get into the Weddell during the last week of December reported that the route was impenetrable because of ice.

Adrian Luckman, a glaciologist at Swansea University in Wales who tracks A68a, said the iceberg probably affected sea ice movement in the Weddell. “But the ice cover is quite variable from year to year, so it is not the most important factor,” he said.

Since December, A68a has continued moving north, and is approaching the edge of the perennial Antarctic ice pack, Dr. Luckman said. That should make it more susceptible to being broken up by wave action in the Southern Ocean.

As for L’Austral, our captain was interested in sailing farther east to see A68, but it was decided it would take too long. We had more penguins — and seals, seabirds and other creatures — to see on the peninsula’s western side. There were plenty of icebergs over there as well, just none anywhere near the size of A68a.

The clean-energy elephant in the room

If you’re paying any kind of attention at all to the presidential campaign or state politics or international politics, you most likely hear politicians talking about achieving “100 percent clean energy” within 20 to 30 years.

What you probably don’t hear is that, at the moment, having renewables may also mean having at least a little bit of fossil fuels.

If that sounds counterintuitive to you, you’re probably not alone. But think about it: sunlight and wind are not constant, and we like our electricity to be continuous. So, at night or when it’s calm, those solar panels and wind turbines can’t be used to generate electricity — we need something else to provide as much electricity as we use or might need. This is what grid operators and utilities call “balancing the grid.”

At the moment, generators or maybe even power plants often fill those gaps created by the inherent variability of renewables. Some utilities, however, are increasing their flexibility in providing power from different sources with batteries, which are becoming less expensive to produce and big enough to store electricity to fill the minutes or hours without wind and sun, according to Nathanael Greene, a renewable energy expert with the Natural Resources Defense Council, but are still not quite cost-effective enough. (There are also a few other storage options, like pumped hydroelectric storage, compressed air energy storage, among others.)

So utilities are turning more and more to natural-gas or oil-fired reciprocating engines to provide this flexible electricity. These internal combustion engines work like the ones in our cars, quickly providing relatively small amounts of power. In the last two decades, about three times as many of these engines have been added to the grid as were in the 50 years prior, and most of them are in states with large and growing renewable electricity capacity — like Texas, California and Kansas — according to a report from the Energy Information Administration.

The need for stable, reliable electricity to balance out renewables is often played down in conversations about the transition to clean energy, according to Mark P. Mills, a physicist, engineer and senior fellow at the Manhattan Institute, a free-market think tank, who recently wrote a report that calls ambitions for a transition to 100 percent renewable electricity as an exercise in “magical thinking.”

However, according to both Mr. Greene and Mr. Mills, these reciprocating engines may actually be an improvement, both in terms of efficiency and fossil fuel reduction. Typically, the way to balance the variability has been to keep a traditional coal or gas fired power plant running at part load so that there’s no interruption. These reciprocating engines, by contrast, can go from zero to full power in as little as two minutes. (Combined cycle turbines, another type of generator, can take much more time to start up, usually more than 30 minutes, so they are sometimes kept in “spinning reserve,” which means they’re using fuel but not producing electricity. In that way, they’re less efficient, but they’re bigger and can produce more electricity.)

For example, Antelope Station, a 165 megawatt electricity producer in Texas, has 18 reciprocating engine generators to balance out wind variability, and can get to full operating capacity in 5 minutes. They can be run individually or together, depending on how much electricity is needed, and, according to their website, save a significant amount of water, which is important in parts of Texas. (Golden Spread Electric Co-Op, which owns Antelope Station, did not respond to an email requesting comment.)

What renewable-energy advocates like Mr. Greene are waiting for is a drop in the price of batteries to make them more cost-effective than natural gas, or increased flexibility in the grid market, like in the western grid’s Western Energy Imbalance Market, which, among other things, enables excess renewable electricity to move where it’s needed. To Mr. Greene, these solutions are imminent. To Mr. Mills, they’re unrealistic.

Either way, it’s worth remembering that without some investments in battery technology, grid flexibility, and innovative storage ideas, renewable electricity won’t be enough on its own, and may almost always be dependent on fossil fuels.

We’d love your feedback on this newsletter. Please email thoughts and suggestions to climateteam@nytimes.com.

If you like what we’re doing, please spread the word and send this to your friends. You can sign up here to get our newsletter delivered to your inbox each week.

And be sure to check out our full assortment of free newsletters from The Times.