Large gatherings are no easy logistical feat during the ongoing coronavirus pandemic.

Many have done their best to keep important traditions and events alive responsibly and safely, whether protesting or praying. One especially striking example of this has come from those starting the annual Muslim Hajj pilgrimage in Mecca.

One of the world’s largest annual religious gatherings, the five-day Hajj event is one of the five pillars of Islam. Usually, millions descend upon the holy cities of Mecca and Medina, and circumambulate around Islam’s holiest shrine, the Kaaba, which sits at the centre of Mecca’s Grand Mosque. In the past, pilgrims would kiss or touch the sacred black stone, but that’s not allowed this year amid the COVID pandemic. Pilgrims wear face masks during the event, and The New York Times reports that Saudi authorities have been giving out bottled water from the holy Zamzam well — usually pilgrims would drink from cups provided in the Grand Mosque — as well as prayer mats and sterilised stones to be ritually cast at pillars that symbolise the devil.

This year, taking social distancing measures into account, the event was downsized by Saudi officials to allow a limited number of people to the event — last year saw 2.5 million attend, while this year’s number is 10,000, and they must be already living in Saudi Arabia. According to the Washington Post, people over 50 or those with terminal illnesses were not allowed to attend.

Photos from Mecca’s Grand Mosque are something to behold, a true snapshot of this challenging time we’re in. 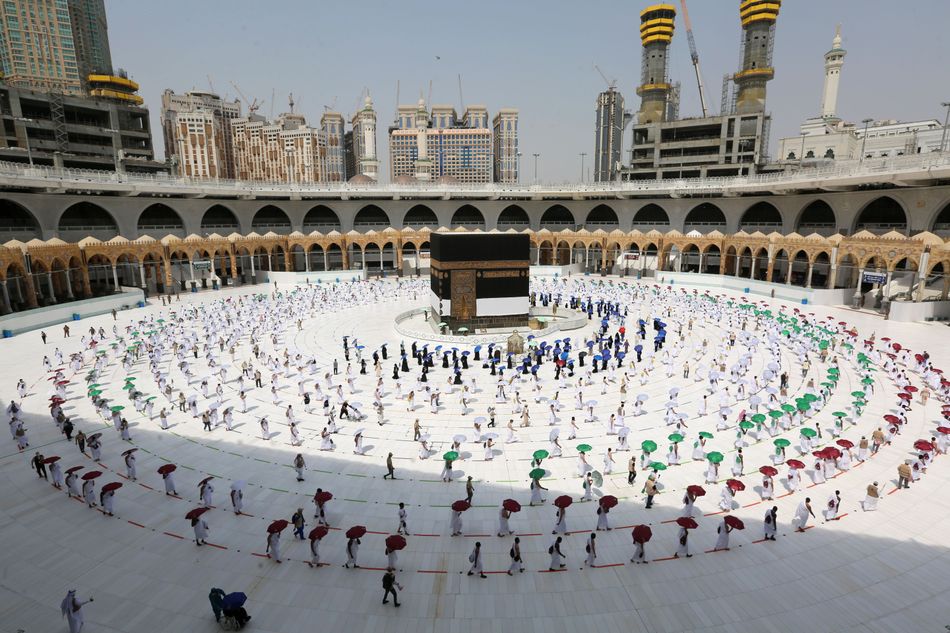 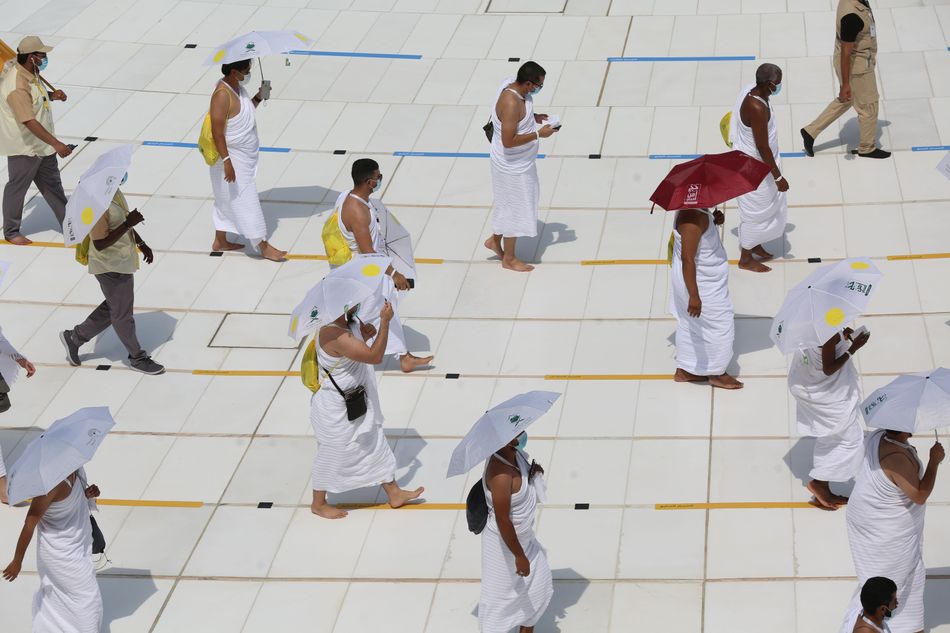 Mask-clad Muslim pilgrims began the annual hajj, dramatically downsized this year as the Saudi hosts strive to prevent a coronavirus outbreak during the five-day pilgrimage. 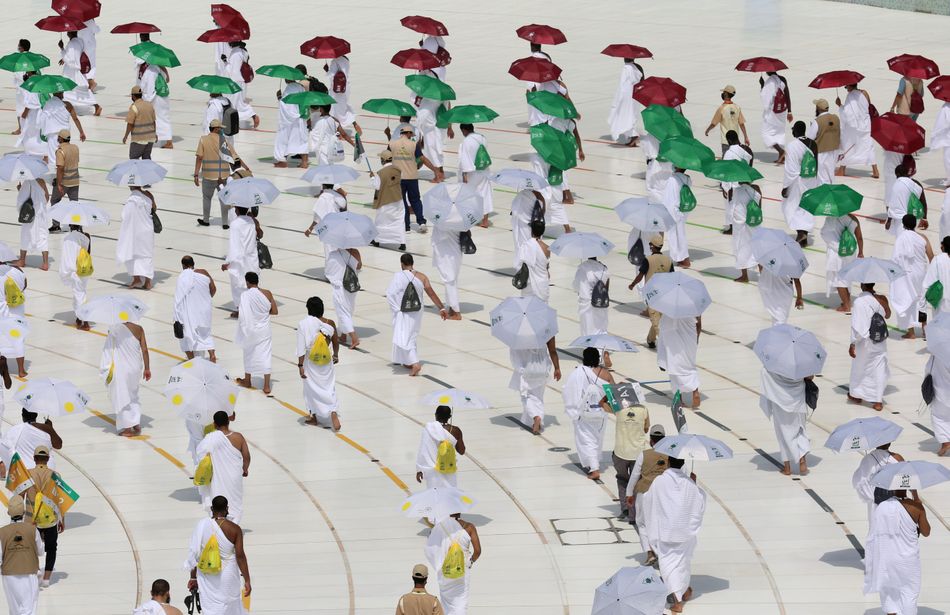 The hajj is one of the five pillars of Islam. 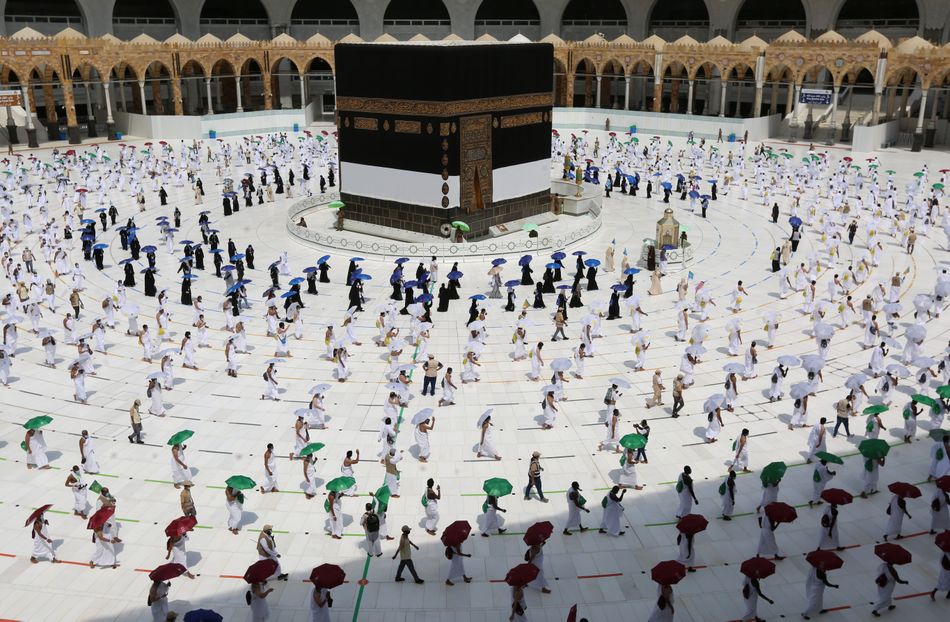 The hajj is usually one of the world’s largest religious gatherings. 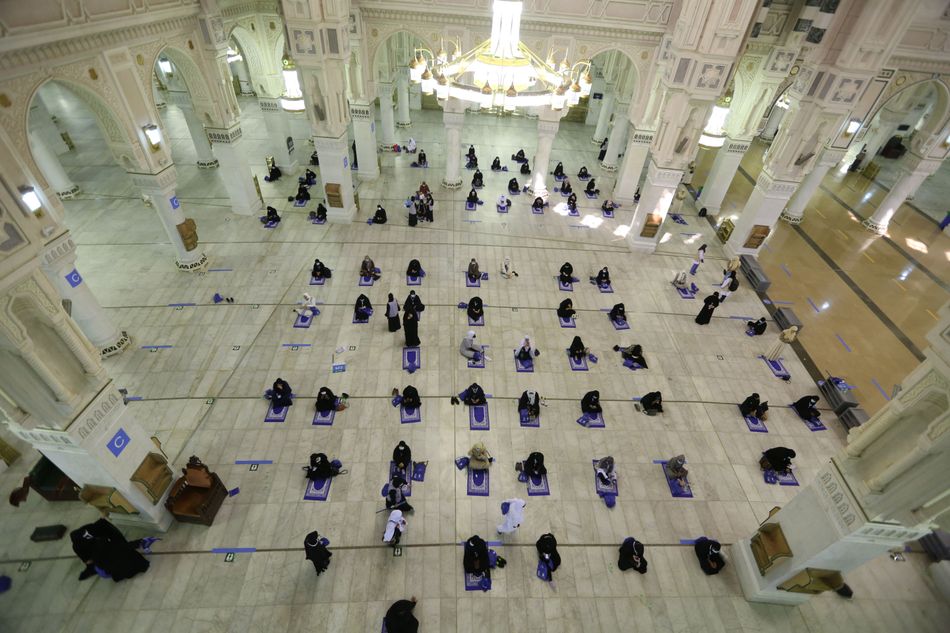 The first group of female pilgrims praying in the Grand Mosque in the holy city of Mecca at the start of the annual Muslim Hajj pilgrimage. 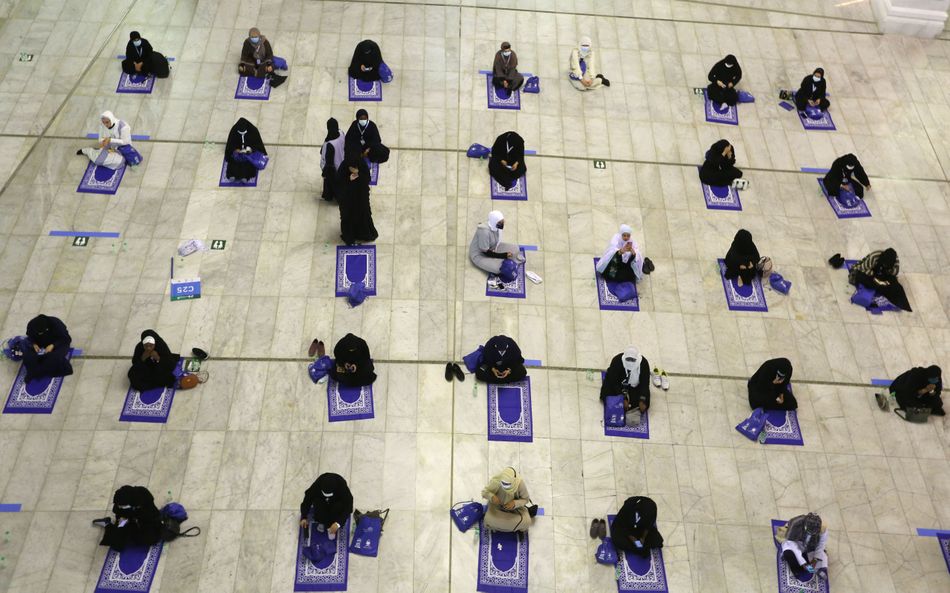 To give you an idea, here’s a photo of last year’s event. How times have changed. 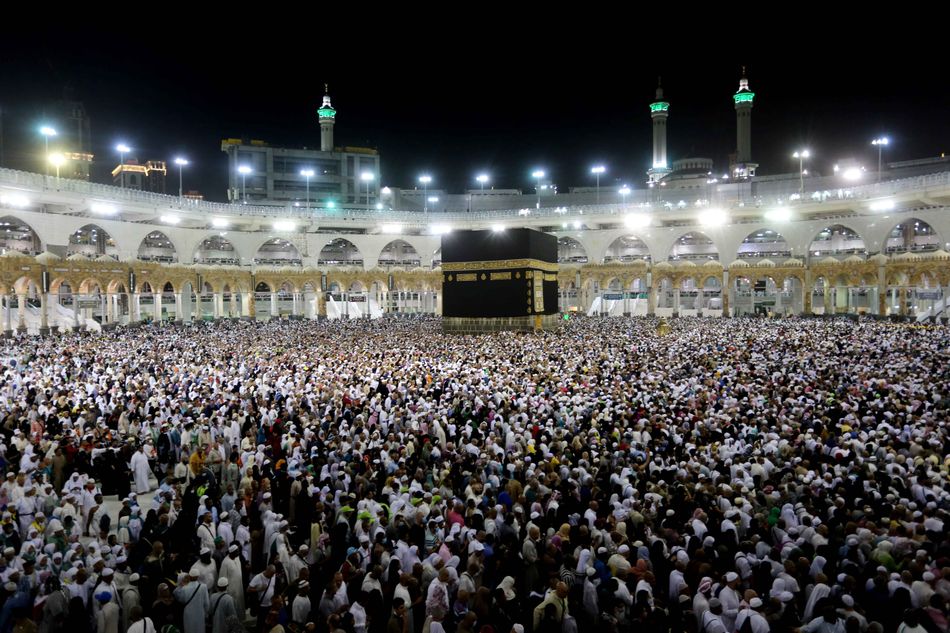